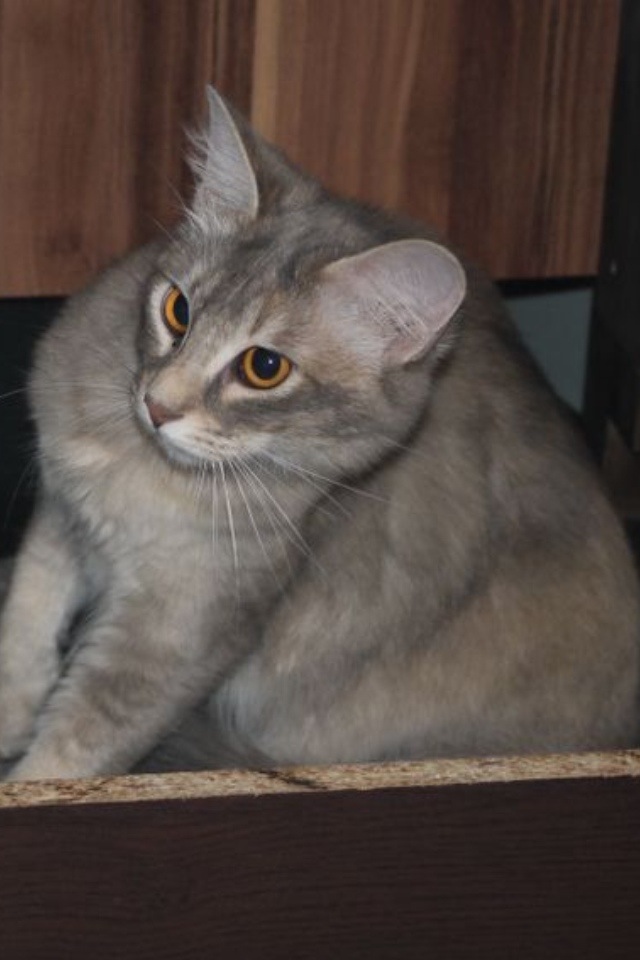 Back when I lost Buddy in July last year, and acquired Pockets, I had my heart set on a silver female somali kitten I’d seen for sale on the interchoobs. I’d even given her a name, Penelope Pawstop. It was how Pockets got his name, as in the cartoon The Perils of Penelope Pitstop, Pockets was one of The Anthill Mob. It turned out however, that I couldn’t buy her due to the usual issues of life and lack of funds getting in the way.

I didn’t worry about it, Pockets was a name that seemed to suit our lovely Heinz 57 blend rescue kitteh.

When the Boyfriend found the kittens we saw yesterday available for sale, I immediately said I’ll have the boy, and armed with the rest of the names of The Anthill Mob we began the long journey North.

It turned out that I couldn’t have the boy kitteh. Not because he was sold to someone else, the breeder had reserved him for us, and not because he was an unfriendly cat. I realised he resembled too closely my old Somali, and there was no way I was going to be able to stop seeing and looking for him and his traits in everything the new boy did.

I had also done something I didn’t expect to do. I fell immediately in love with his sister. I was worried at first that having reserved the male in advance changing my mind would be a problem. As luck would have it, the breeder had someone else who wanted the boy and the girl was free to buy. So the Boyfriend did, and nine months later than planned, a female, silver Somali called Penelope Pawstop arrived.

Error: Twitter did not respond. Please wait a few minutes and refresh this page.