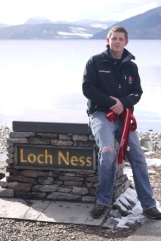 The Boyfriend at Loch Ness

The highest point of the year for me came in August, when I was accepted as a reviewer for Crimesquad.com after meeting up Chris Simmons, the man behind it all in July.  Crimesquad is a cracking website with regular reviews of all your favourite new books, and a huge archive of previous reviews so if you’re looking for a worthwhile opinion on a book it’s a great place to look.  If you’ve never seen the site head here to check it out, and if you’re interested in my reviews, you can find some of them here. 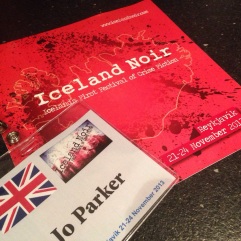 Other highlights of my year were all mainly travel related, there was a week roaming round The Highlands of Scotland and Northern England staying with good friends, and even spending time at the Inaugural Crime & Publishment weekend in Gretna Green.  Of course Crime and Publishment wasn’t the only inaugural event that I got to attend this year, being in on the first ever IcelandNoir was also something I would never have missed for the world, and it left me with some wonderful memories. 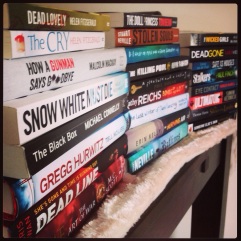 Finally there were the usual annual trips to both CrimeFest and the Theakstons Old Peculiar Crime Writing Festival in Harrogate, which always bring with them happy days, and my favourite thing of all free books.  This year was a record haul with just five books purchased, but twenty five brought home.

The year started off badly with the loss of my beloved 94 year old Grandmother, a little over a week in.  She was a wonderful woman, the most remarkably positive person I ever knew.  Sadly the trauma was made a little harder to bear due to an uncooperative work colleague of the Boyfriends meaning I had to attend the funeral alone. 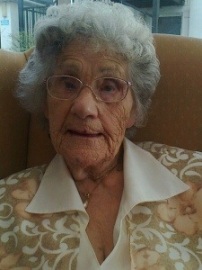 I’ve had  a fair few lows as the year has gone on but I’ve come back from most of them relatively unscathed, and I have a plan in place for 2014 to try and avoid getting into the dark places in the beginning.

Of all the long running bad things, this rant was possibly the best.  The catalogue of errors faced when I bought my car was shocking and irritating, but the response to Rant the Fifth being published on the interchoobs and posted on twitter was great.  17 minutes from tweet, to initial phone call, rant resolved the next day. 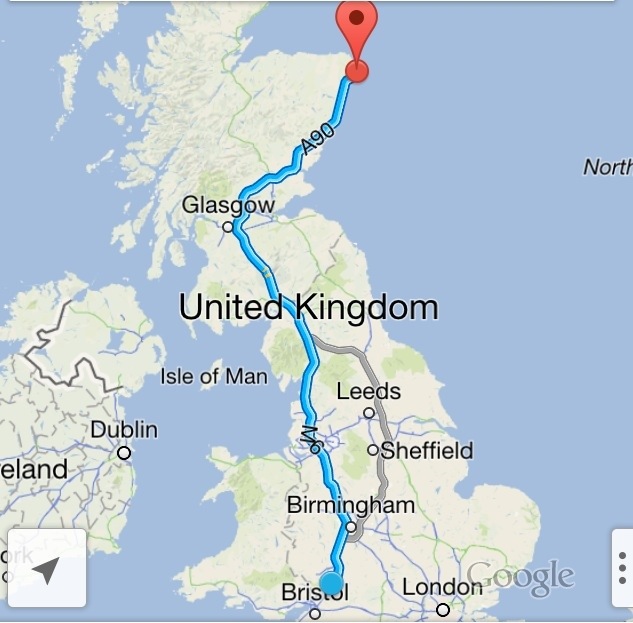 a 1,027 mile round trip just so I could have a specific breed of pedigree cat. 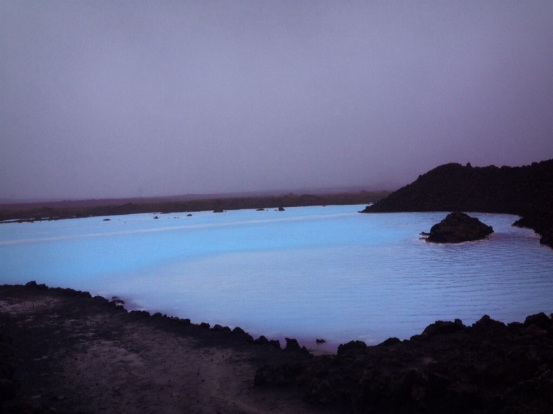 The Blue Lagoon is one of the strangest most surreal experiences you can ever have.

When I was there a few days ago and took this picture, the temperature was 2 degrees C, the rain was lashing down, the winds were howling across the waters which were of the brightest blue hue you can imagine.

It was magnificent.  I first went to the Blue Lagoon back in 2001 and I never thought I would get the chance to go back there.  A fortunate turn of life events however meant that this year I would.

The whole experience was even better this time for several reasons.

Firstly I got to visit with my other half. He is a great person to travel with.  He is someone with boundless enthusiasm for everything and who wants to see and make the most of every possible opportunity.

Secondly I got to visit with some really good friends.  Friends I only get to see a handful of times a year, whose company always lifts my spirits and reminds me of how blessed I am in life.

Finally I got to enjoy what I missed out on last time.  Last time I didn’t appreciate where I was, or how fortunate I was to be there due to reasons that at that time meant a lot to me.  I’m glad to say those reasons aren’t there now, and I truly got to appreciate how lucky I am to be somewhere so beautiful with the people I care about. 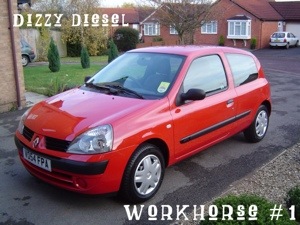 In the last 11 years I have owned 9 Renault vehicles. Of those some have been bought for the sheer enjoyment of owning a real drivers car. Others because I have needed cheap(ish) and highly reliable transport due to a daily 106 mile round trip commute.

I’ve loved every one of them, whether cheap and cheerful, or fast and fun,  every single one has left its mark.  None more so than those I have called my ‘workhorses,’ those cars I have run too and from work, and known well for every single mile.

Then, in 2007, came Maggie. Maggie gave me a 3 year 3 week stint, and another faultless 65,000+ mile service before she went back to the ‘shelter’ and I picked up Sheldon.

Sheldon is 2 years, 11 months & 1 week old. He’s been a typical male, with a couple of ‘man flu’ issues, like my £800 bill to fix the air conditioning at 6 months old, which was fortunately reduced to £130 after many arguments with Renault. Then there’s the fact that Sheldon was a ‘tweaked by RenaultSport’ version, as opposed to a ‘standard’ version, at every turn he’s cost me a fortune in the usual consumables, even down to tyres which, had I chosen to replace with the same factory fit versions, cost £160 each. 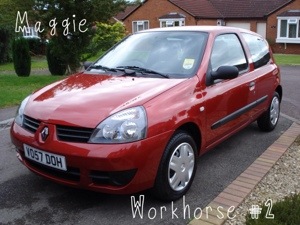 Aside from all that though, he’s been the best car I’ve owned for a long time. With the previous two I changed them when they genuinely felt ‘worn out,’ like they’d given me enough service and it was time to retire, so some granny could abuse their clutches, and pootle them round town at 12 miles an hour. Sheldon still wants to give me his best. He’s still going at it like he’s had enough speed to last a lifetime and I’m a little sad. I didn’t really want to change my car right now. It’s not the best of times, and I love the damn thing to bits, but the man flu is back.

The MOT is due in 9 days time. The FIRST one. I’ve owned enough cars from new to know that any car should sail through its first MOT. Sadly Sheldon is going to cost me £500+ to do that. Thanks to a £370+ bill just to fix the windscreen wipers, which gave up the ghost last week just as the weather changed, and the rain hit, rendering my car undriveable. It was time for Sheldon to go, even though I didn’t want to change yet, but after 74,965 miles of faithful service a replacement has had, sadly and reluctantly, to be sourced. 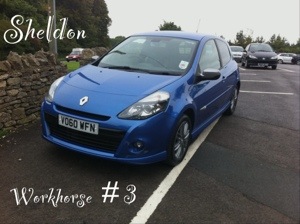 With a tear in my eye at saying goodbye, Workhorse number 4 arrived today with just 6 miles under his/her belt, and no, I don’t have a name yet, that will come when I’ve worked out his/her personality, because all cars have one. Just go and watch Herbie The Love Bug, if you don’t believe me.

Now is the turn of workhorse number 4, he/she who is yet to be named…. 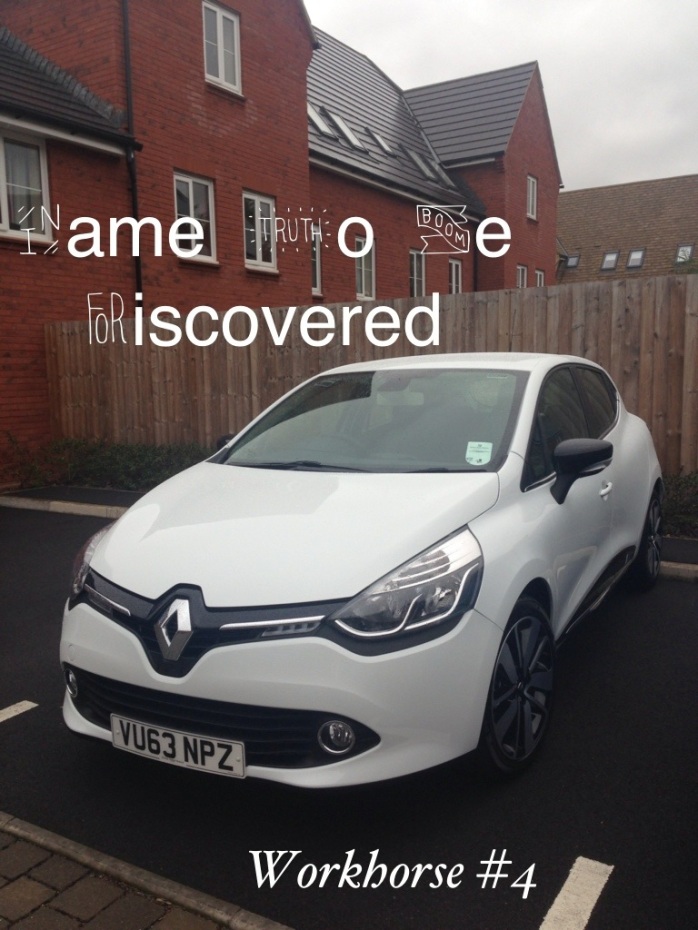 And so does life.

Today is six months since I doodled this. 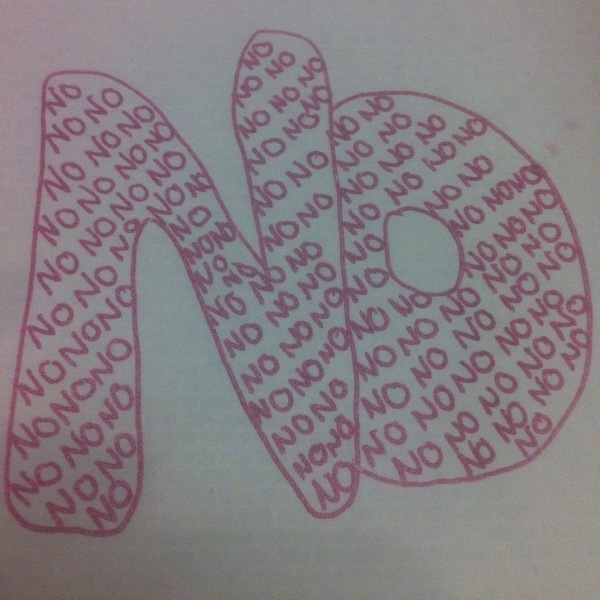 I was sat, for the second day in a row, in a tiny stuffy room at the bank, waiting to hear if the appeal against the rejection if my loan application had been successful.

It was a momentous day, a life changing decision. A yes or no meant the difference between me being stuck in a rental rut, or being a homeowner once more.

I had a less than ten percent chance of success, and the pessimist in me would not allow myself to get my hopes up, so this is what I did as I waited nervously for an answer.

Thankfully all was well, and eight weeks later I was a homeowner once more.

Where has the time gone?

It seems five minutes since I was fighting for things to go my way, and yet it already feels like I’ve lived here forever.

Now I am firmly ensconced in the new place with Boo that is all ‘ours’, it’s finally time to tackle the last of the big things that is hanging over from my divorce.

The Photographs. 15 years of them.

It’s going to be a long few days sorting through methinks.